Christopher Altman is a scientist, diplomat and aspiring astronaut working to apply tomorrow’s technologies to today’s global challenges. His research focus is to apply advanced technologies based on the principles of quantum coherence and entanglement to dramatically accelerate scientific progress over the 21st Century. The nascent field of commercial spaceflight and the unique conditions afforded by space and microgravity environments offer exciting new opportunities for innovative quantum technology experiments.

Elected to serve as Chairman of the UNISCA First Committee on Disarmament and International Security, Christopher led several hundred upcoming diplomats in a coherent effort to combat international terrorism, ensure global and regional nuclear security, and shape the long-term future of information security. His Chair Report to the General Assembly, “Converging Technologies: The Future of the Global Information Society,” addressed the long-term promise and peril of exponential and disruptive technologies to global security.

Christopher was then assigned to canvas East Asia and create postdoctoral level national assessments of quantum technology for US policy and funding agency directors at NSA and DARPA under the ATIP Quantum Information Science and Technology Project. For his contributions to the field, he was selected to receive the 2004 RSA Information Security Award for Outstanding Achievement in Government Policy.

Space and microgravity environments provide a unique opportunity to conduct novel experiments in quantum entanglement, fundamental tests of spacetime, and large-scale quantum coherence. In preparation for this opportunity, Christopher completed Zero-G and High-Altitude Physiological Training under the Reduced Gravity Research Program at NASA Ames Research Center in Silicon Valley and NASA Johnson Space Center in Houston. He was tasked to represent NASA Ames at the joint US-Japan space conference (JUSTSAP) and the launch conference (PISCES) for an astronaut training facility on the slopes of Mauna Kea volcano on the Big Island of Hawai`i, where next-generation spacesuit prototypes, augmented reality interfaces and robotics field tests are planned for the next series of manned lunar and martian missions.

Christopher’s research efforts at the Kavli Institute of Nanoscience and Delft University of Technology have been highlighted in international press and publications including Discover Magazine and the International Journal of Theoretical Physics. He was recently awarded a fellowship to explore the foundations and future of quantum mechanics at the Austrian International Akademie Traunkirchen with Anton Zeilinger.

Posted by Astronauts4Hire at 12:23 AM 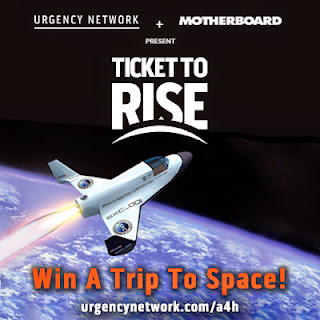 Show your Support for A4H

Add a twibbon to your profile!